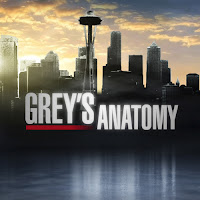 After taking a long break Grey's Anatomy is back and better than ever. The last episode ended in the old fashioned way of letting us process some things but also left us wanting more.

Christina has just learned that Owen cheated on her and apparently all that paranoia was not just an act of her imagination (and mine as well). Since last episode we were processing and refusing to believe that Owen would do something like this.

It's been a long time since we had some compelling cases in the ER and this time we have a lion, an actually lion to blame or to thank for. We had an idiot on the OR table who was left to think that he was a hero that saved the life of the lion owner, whom he tried to date. And idiotic is having a full-grown lion at your home ? How socially deprived do you need to be to raise a lion instead of a cat ?

And there was Teddy. It seemed that her grieving was far from being over, she tried a grief group but I guess it was too much for her, I didn't realize she was in so much denial, didn't know that she refused to comprehend Henry's death. And when we thought that grieving group was too much for her, now she must take care of an old man who had a heart-attack from literally bumping into the lion earlier that day. I guess the lion made more victims than we thought.


She just couldn't let his wife becoming a widow, she was brilliant in the surgery and faced successfully all the complications but then life happened again. Did not see that coming. Teddy had to deliver bad news to her patient, this time she had to be Christina telling him that his wife suddenly died, she had to say it, she had to learn the lesson that she tried to teach Christina when it comes to informing the family about ones death. Teddy just had what she needed for a while now, a shock therapy that somehow forced her to come to terms about her husband's death. 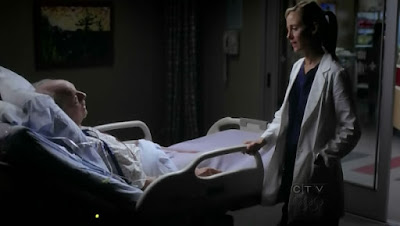 Bailey, accidentally overhearing Owen talking to Meredith about him cheating on Christina, tried to give him the same lesson she gave George at the end of third season, and that is if you do mistakes is only that you are human, Owen did a horrible thing but it doesn't necessarily mean that it makes him a horrible person. I loved the way Meredith stood up for Christina, it's exactly what she needed to do for her twisted sister. Christina took Owen's cheating like a math equation, she just need time, a lot of time to look for the right answer, she just needed time to solve it in a way that would seem perfectly fit for her and Owen. 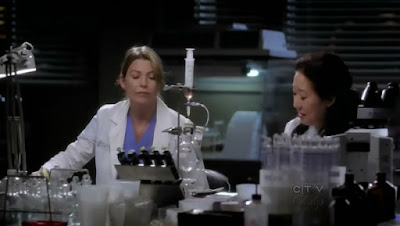 In this episode we saw Alex coming closer to being a great doctor, it took him time to realize what Morgan need now is solitude, the time to take important decision about the care of her seriously ill son. Years ago Alex would not care, but now we've seen him grow once again. If only Izzie would come back.

The head-writer could not do a better job coming up with a brilliant ending and Stacy McKee did strike again. Sandra Oh proved again that with minimal script she is able to do an amazing, Golden-Globe worthy job. The facial expressions, the looks she had in her eyes, body language were simply impressive. I could not get rid of the feeling that years of analyzing Christina (along with the other characters) made her predictable for me, I sat there quietly waiting for her to throw the cereal bowl in Owen's face and boy, didn't he deserve that. I would not mind Christina kicking Owen's ass, hard. 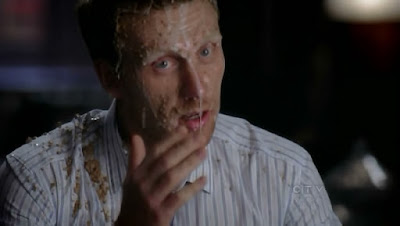 Something tells me that her throwing that cereal bowl at him means that she made a decision only we'll have to wait another week to find out for ourselves.

The scene between Meredith telling Derek that he is a dead man if he ever cheats on her was sweet and hilarious at the same time. And how cute is Zola ? Or however plays this little wonder-kid ?

This episode sure got me, it was meaningful and filled with emotions, the Grey's Anatomy old-fashioned way.

And if you think that in the next episode you'll get a break from drama you couldn't be more wrong, next week we'll see some more of Christiana's struggling. Heartbreaking drama. Tears and screams.
Labels: ABC, Grey's Anatomy, Ratings, TV Shows